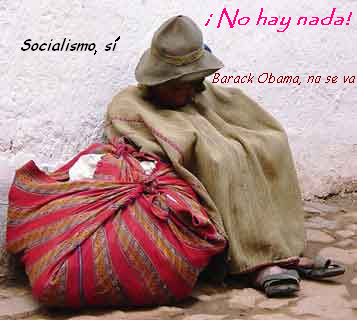 WELCOME TO THE NO FAULT WORLDWIDE ECONOMIC DEPRESSION!

“We have tried spending money. We are spending more than we have ever spent before and it does not work. We have just as much unemployment as when we started. And an enormous debt to boot!”

Those who do not learn from history are doomed to repeat it.—George Santayana

Come on . . . you knew it was coming. Afterall, the signs were all around you and couldn't possibly be ignored. Day laborers without a penny to their name were purchasing $500,000 mansions on bogus credit. CEOs of companies that you had never heard of were garnering millions of dollars in cash bonuses and stock options with little or no effort. Lines of cocaine being snorted in nightclubs, methamphetamine labs seemingly everywhere, marijuana being smuggled into U.S. ports by the bale in the holds of homemade submarines, AIDs and STDs at epidemic proportions, political corruption run rampant, hucksters hustling a quick buck, and nobody cared as long as they got theirs. That's right, you could have spoke up, but you didn't. The country was going to hell in a handbasket, and all you had on your mind was paying the interest on your wife's credit cards and putting that down payment on a time share condominium in Florida. Yes, the economy was a house of cards alright, but it outpaced the Soviets and ran like a race car for more than two decades until the Berlin Wall came down and naysayers were almost as rare as hen's teeth. Shop till you drop, then party till you puke. Cheap thrills and good times, maybe it would never end. Somebody was going to have to pay the bill someday, but it definitely wasn't going to be your generation. As long as the Chinese kept buying toxic securities and hoarding our currency, we could continue to take a free ride. Washington Mutual Bank aptly expressed the irrational exuberance of speculators in their spirited advertising slogan: Wa Mu, Wahoo!

Franklin Delano Roosevelt and the Great Depression were rapidly fading memories. Deregulation and laissez-faire capitalism became the order of the day. Nothing was allowed to get in the way of collecting maximum returns on investments. Gordon Gecko shouted “greed is good” and a substantial portion of the population believed him. Gone was the Puritan work ethic that built this nation, gone was our faith in God. Our jobs having gone overseas, we borrowed money on the equity in our homes to make ends meet. All the while, the spectre of Osama bin Laden lurked in the background. We were fighting two wars at once and financing them with borrowed money. Meanwhile, our bones were being picked clean by CEOs and investment bankers. By the time the housing bubble burst in September 2008, there wasn't much of value left to exploit. And so, the vultures began to tear apart the bones. Henry Paulson excitedly told Congress that Wall Street was going broke, the firms were “too big to fail,” and we had no choice but to reimburse them to the tune of $750 billion, no strings attached. It would constitute the ultimate bailout for everybody other than ourselves. And no sooner was the emergency infusion performed, then the banks pocketed the funds and we had nothing to show for it. How could we be so gullible? Actually we weren't. Mail to the Senate and Congress was running 10 to 1 against the bailout, but the politicians went ahead and did it anyway for reasons only they can comprehend.

The gospel truth is that the concept of “too big to” is firmly rooted in our Judeo-Christian heritage. Word on the street had it that Goliath was “too big to fall,” which was promptly disproven by a kid named David (who later became king) when he slew the giant with a sling shot heard around the world. Too bad we don't have a David today. All we got is a gaggle of smart-ass politicians who tell us they don't intend to prosecute the people who got us into this mess. There seems to be a double standard here. Let you or me steal something and we go straight to prison. But when the investment bankers in 3-piece suits steal billions with fraudulent practices, we get stuck with the bill. If I had my way, they would be in a dungeon so deep that Hercules couldn't pump daylight to them. I don't owe Wall Street or Asian investors anything and any politician who says different is liable to get the bum's rush by voters in the next election. What these Washington D.C. grifters really mean when they say that the downturn in financial prospects is a no fault proposition for which nobody is going to be prosecuted is that it is our own fault that people are suffering and we and our children and our children's children for the forseeable future are going to be forced to pick up the tab. We have become a debtor nation shackled by the stultifying links that corruption forged. May God take pity on us, because they sent our jobs overseas—leaving us without the means to help ourselves.

I'm fed up with cheap, shoddy Chinese made consumer goods. They expect me to do the assembly, but they write the instructions in broken English. Why not go back to manufacturing what we need here in the United States? Which would you rather have: a decent job or a garage filled with fall apart Chinese products? Please, let's give them back their trinkets and they can give us back our jobs. Did you know that it was Richard M. Nixon who first made friends with the Chinese communist leaders? He evidently had a lot in common with them, but we don't. Either they give us back our jobs or we rain missiles down on North Korea. General Douglas MacArthur said we could defeat the Communist Chinese with atomic weapons. I don't know about you, but I'm all for it. Nobody is going to cry over the fate of a handful of hardline die-hard Maoists. Bring back the freedom loving Nationalists to mainland China and exile the communists to North Korea. Now, doesn't that make common sense?

Why do we keep pumping money into GM and Chrysler? Aren't they pretty much dead meat? Should we keep on giving transfusions to brain dead corporations or would it be more humane to pull the plug while we still can remember them as they were in their heyday? Wouldn't it make more sense to put them to rest and fund a well-placed startup auto manufacturer with fresh ideas such as Tesla Motors whose lithium ion battery powered sports car does 0 to 60 in 3 seconds, whose concepts are both practical and revolutionary, and whose batteries last 20 years or more? Tesla is the future. Let's not be morbid. We need to let the past go.

Where does it say in the Constitution that the big auto companies and bankers are more important than the rest of us? Why do they get free federal money and we get stuck with paying for it for 30 years? Didn't we already give the “trickle down” theory of economics a test under President Bush and found out that it didn't work? I'm all for the “percolate up” theory whereby the government buys up all of the subprime mortgages and then lowers the interest to an amount that the homeowners can afford. It would instantly get rid of toxic debt without rewarding the fat cats who got us into this mess. The best part is that it would be a whole lot cheaper than giving transfusions to zombie corporations and banks. Doesn't anybody in Washington D.C. have any common sense?

But take heart. The new socialist government says that all those toxic assets that the taxpayers took over will be worth a fortune as soon as the economy recovers. Stay the course and reap the rewards. Must be an echo in here, I could swear I've heard that line before. Maybe you can wait for pie in the sky, but I definitely need something now. Buddy, can you spare a dime?